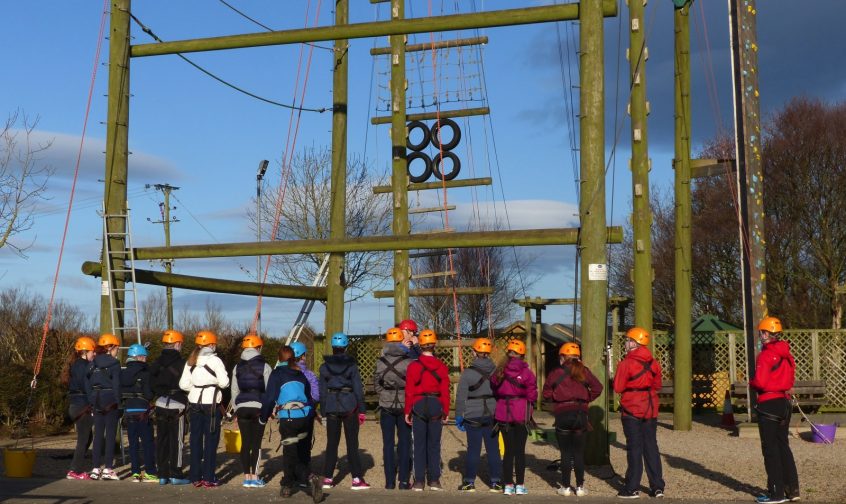 In October of 2016 I entered the Rotary Youth Leadership Competition through my school, Limavady Grammar School. This truly brilliant competition aids the development of leadership qualities in young people of ages 16 to 18 and inspires candidates to evolve as individuals for their future career roles. Two months of a rigorous interview process followed after submitting a nomination form, highlighting personal attributes and achievements. The first stage involved an interview held within school to finalise a winner from each secondary school in the Limavady area. Following this, the school winners were invited to interview at St Mary’s, Limavady; the stage for the Limavady finals. This stage involved a twenty-five minute interview, which consisted of questions regarding the European Union, current affairs within Europe (for example, Brexit) and Rotary International. The results were released during the Limavady Rotary Club’s meeting on the 26th October 2016 and I was selected to represent the club in the Northern Ireland Zone 2 Finals on the 16th November. 119 young people from 22 schools applied within this region and 107 were interviewed. From this, eight regional finalists were selected for the Zone 2 Finals with 3 winners proceeding to join the remaining Irish winners in a trip to the European Parliament in Strasbourg. I was delighted that, following my final interview, I had been chosen as a zone winner.

In Jury’s Inn, Belfast, on the 30th January 2017, I met the other 23 competition winners from every corner of Ireland, both North and South. The remainder of this day entailed making introductions, socialising with the rest of the group and debating topics that were challenging both states on the island and the European Union as a whole. Furthermore I was able to gain insight into the views and opinions from a “pro-EU” stance as the group visited the European Commission offices in Belfast. Following discussions with an office worker within this Commission base, it was transparent that the effect of the vote regarding Brexit on the 23rd June would have a major impact on this woman’s and many other workers’ jobs. In addition, we learned about the EU structure and the possible outcomes of no longer being within this Union.
Later that day, we had the opportunity to visit the Stormont Assembly. Unfortunately, due to the breakdown of the Assembly, we were unable to talk to any MLAs, however, I could sense the political atmosphere within the building, especially at a time that may change Northern Irish politics in the build up to the upcoming election. During this visit we had access into the main Assembly Chamber, which is similar in design to that of Westminster’s House of Commons, and the Senate room.
Following this, we travelled to Dublin where our first destination was the Mansion House, the home of the Lord Mayor of Dublin. On arrival, we were greeted by Deputy Lord Mayor, Cllr Rebecca Moynihan, and members of the Dublin Central Rotary Club. Following their address and presentations, we were able to gain insight into the role of the Deputy Lord Mayor and her role as a local politician.
The following day, the Dail Parliament in Dublin was deemed off limits as Theresa May negotiated a post Brexit “seamless, frictionless border” with Taoiseach Enda Kenny. On the other hand, I was fortunate enough to be visiting the European Parliament offices in Dublin on the day of Margrethe Vestager’s discussions following Apple’s taxation charges. Mrs Vestager is a MEP from Denmark and currently holds the position of Commissioner for Competition. Luckily this lady was able to find time out of her very busy schedule to meet with us following her conferences. After this inspiring and rather fortunate encounter, our next stop was Frankfurt airport.
A three-hour bus journey brought us to Strasbourg where we got a guided tour of the city centre. This enabled us to see sites such as the 15th century cathedral, the “Place Broglie” and the German Kaiser’s Palace. However, the following day at the European Parliament was the most memorable experience of the trip as over 500 candidates sat together in the main hemicycle auditorium. The Parliament buildings in Strasbourg act as the official “home” of the Parliament, the main Debating Chamber and the MEP offices for the 751 members of the European Parliament. The other main base for the Parliament outside of Strasbourg is in Brussels. A large proportion of the EU states were represented in the hemicycle on the day of our visit, the 2nd February. The morning session consisted of posing questions to a French MEP, M. Edouard Martin, regarding the current situations that the EU currently deal with and also his role within the Progressive Alliance of Socialists and Democrats. Following this, we were split up into 6 separate committee rooms in which each room had a specific topic (e.g. immigration). The topic I faced was the Future of Europe and the EU. Each committee had to elect one spokesperson who would speak on behalf of the topic and address the rest of the candidates in the hemicycle. Fortunately, I won the vote to become the spokesperson and discussed our challenging topic within the committee room, facing potential proposals and solutions to ensure a bright future for the EU. Following the address, I was asked questions on the topic and a vote was carried out in which all 6 presentations were successful.

A period of uncertainty and confusion lies ahead for the future of the EU, however this Union has overcome many struggles and hardships throughout its history since its formation in 1958. Therefore, with this in mind, a successful and prosperous future is definitely possible but good leadership is vital for these uncertain times. This trip has been unforgettable as it has and still continues to bring together two different countries, the Republic of Ireland and Northern Ireland, through Rotary Ireland to provide a “service above self”. In conclusion, I would like to thank Mrs. Madden, Mr. S. Bogle and Mr. Sampson from Limavady Grammar School for their support in the selection process. Furthermore I thank Limavady Rotary Club for their assistance, Mr. Glenn Reilly, Mr. Howard Wood and Mr. Sam McCrea (Limavady Rotarians) for their advice, encouragement and for giving me the opportunity to compete in the competition. 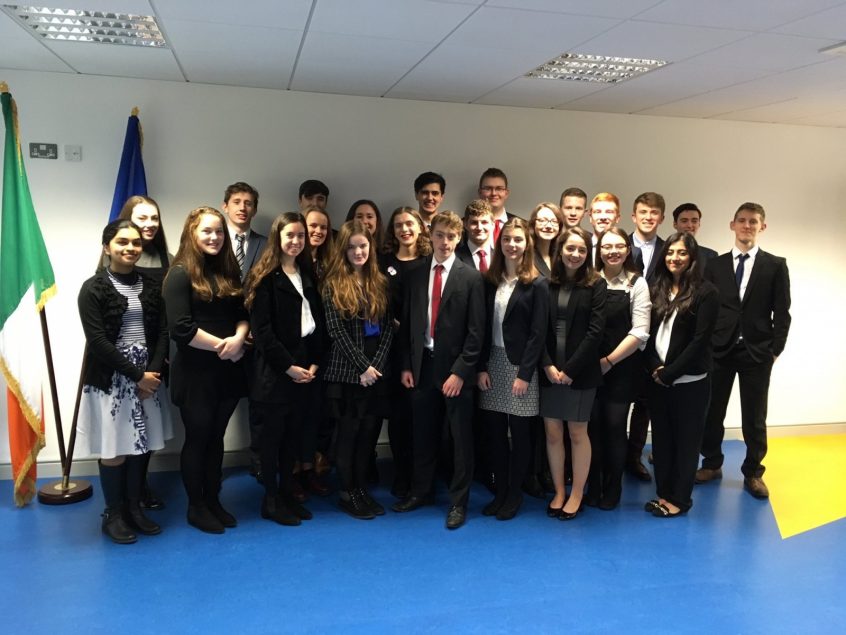 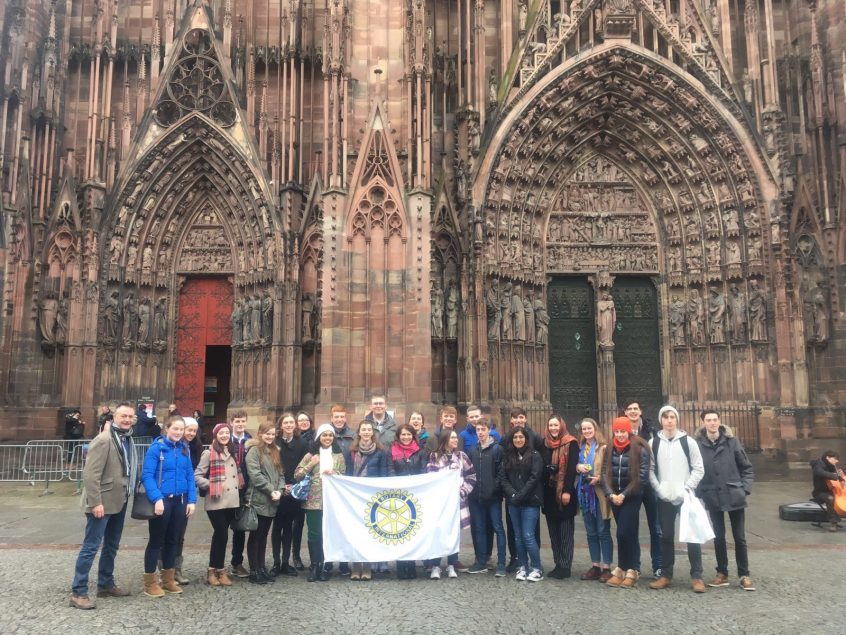 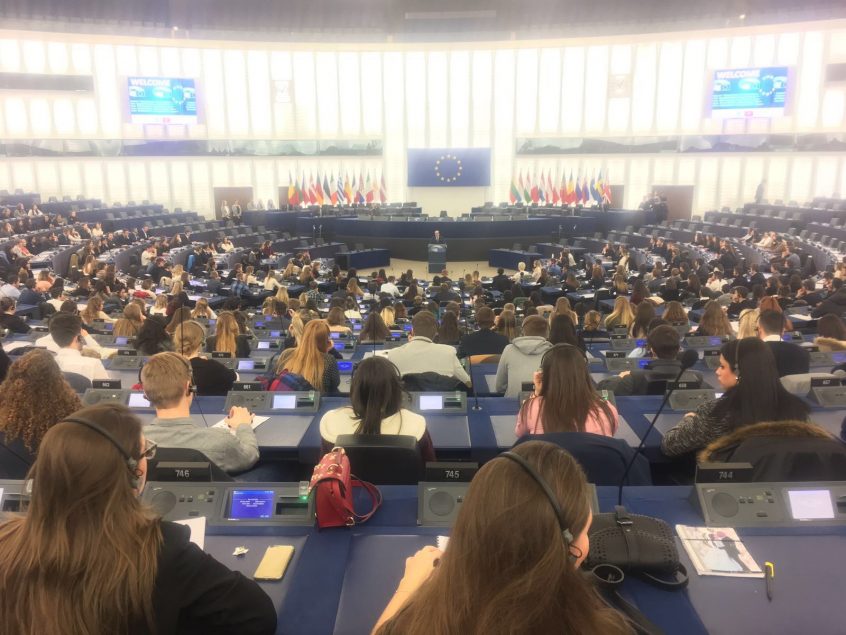